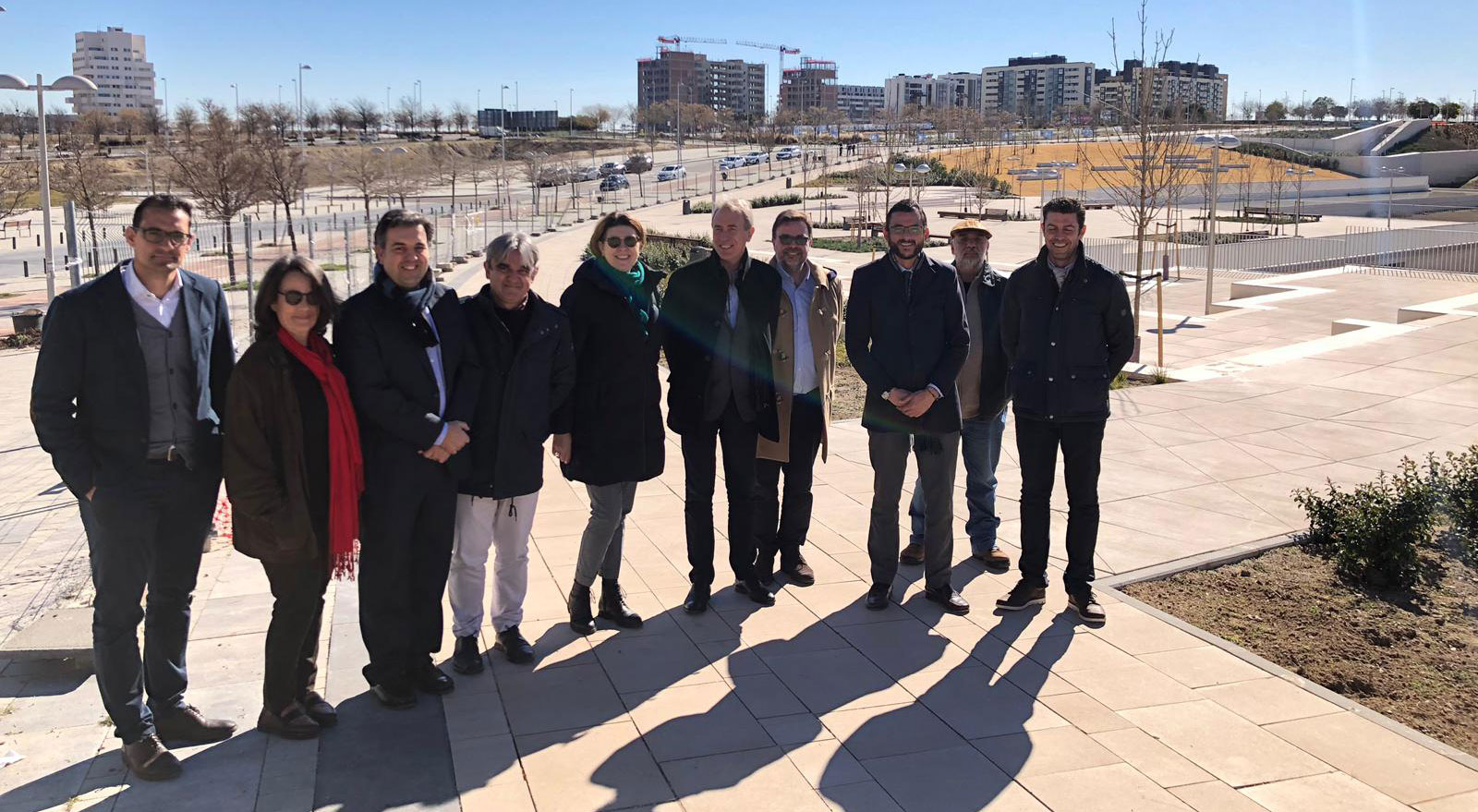 On February 12th the official reception of the two newest parks in the Valdebebas district, was signed by José Luis Infanzón, Director General of Public Space, Construction and Infrastructure of the Madrid City Council, and Marcos Sánchez Foncueva, Head of the Valdebebas Property Board. With these new parks over 17 acres have been added to the green areas, one of the hallmarks of the new planned district. 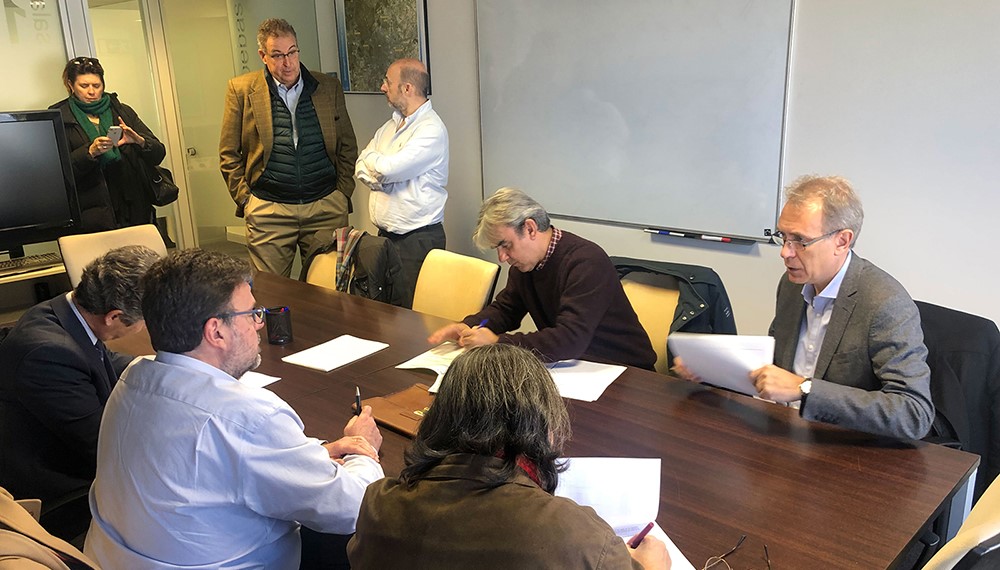 Signature of park reception at Property Board offices

During the event, the new parks were visited on foot with the representatives from the City Council, and chaperoned by the Valdebebas construction team, including Susana Canogar and Iñaki Viñuela from Evergreen Paisajismo, to show the main highlights of the new parks, design details and share stories about the construction process. For the Evergreen members it was a morning of great satisfaction that culminates two years of construction supervision for both parks.

That same afternoon the construction fence was taken down and the parks went public. The Spring like temperatures attracted quite a crowd of residents eager to visit the new neighborhood parks they have been following from the fences. 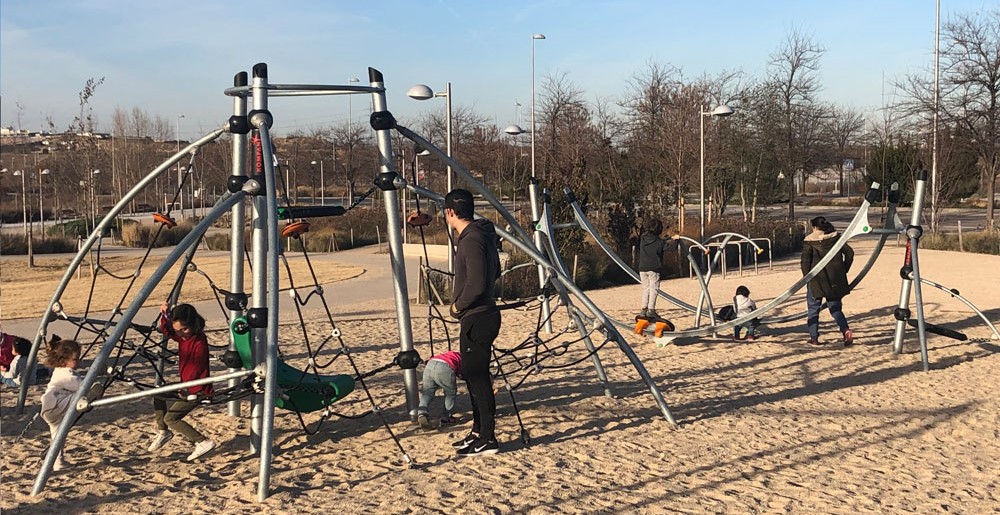 The maintenance concerns for these new parks, after the fiasco of the Valdebebas maintenance starting in 2014, was partially removed during the event after it was announced that OHL Services would not be awarded the maintenance, but that the construction company, Inditec, would continue to maintain the parks till maintenance for all of Valdebebas is tendered in the fall of 2019, with hopefully new standards for the Valdebebas park needs.