Participation of the landscape architecture team in the initial Valdebebas masterplan workshops informed the process from an environmental point of view with important improvements for the sustainability of the project and the inclusion of an urban open space network. Among team proposals incorporated into the final design were those relating to increased urban density, alternative transport and accessibility.

One aspect proposed and developed by the team was a 27 km bicycle path system within the city grid, to promote the use of bicycles as an alternative mode of transport and not only as a recreational activity.

An agreement between the ONCE Foundation for the blind and the Board of Property Owners, allowed the team to participate in the analysis of urban accessibility, incorporating different urban solutions ranging from pavement color codes, increasing cross walks and adapting street furniture. 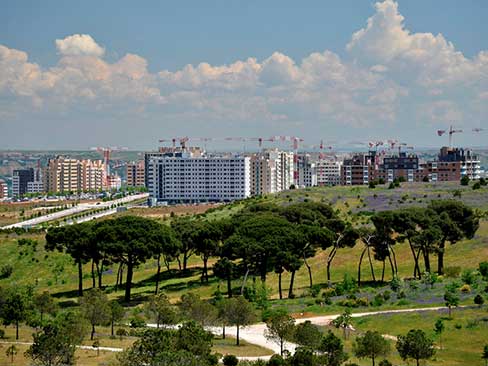 View of the new planned community from the Forestry Park 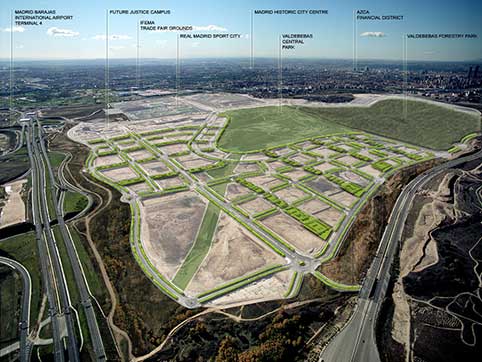 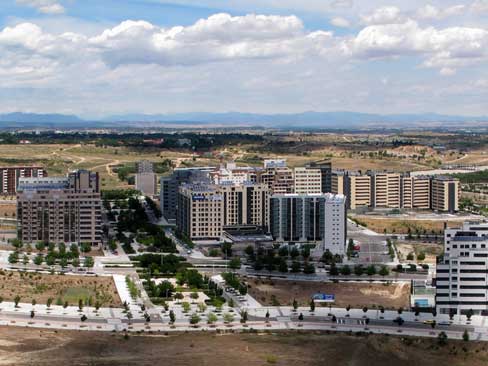 The green areas were established before building began 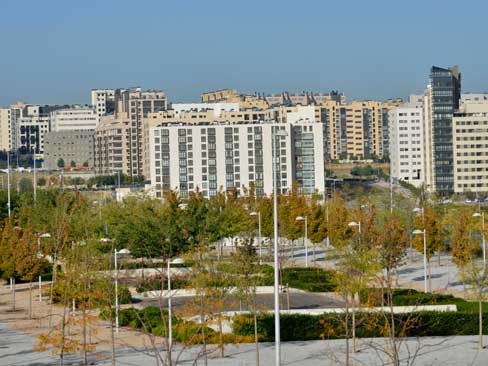 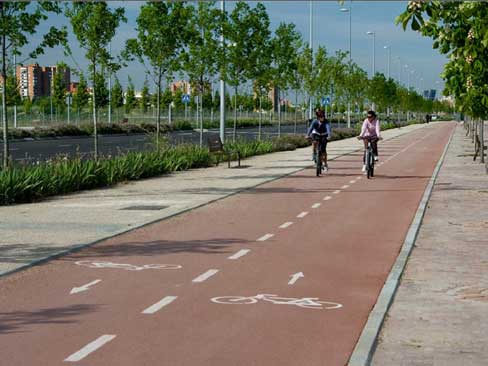 Cycling is a real transport alternative in Valdebebas