Developer: Board of Property Owners Valdebebas

Last of the urban park systems to be constructed in Valdebebas, this green area is composed of 5 different consecutive pieces along the former Valdelasfuentes stream corridor, connecting the large Central Park at the heart of the development with the location of a future commercial and leisure centre at the northeastern corner. The theme developed in the park is the flow of water as a source of life, represented by the meandering paths as they criss-cross, creating sub-spaces for plantings and activities and the use of wetland species to recreate river landscapes, in particular the characteristic poplars that mark riparian corridors in the Iberian landscape.

A blue band crossing the parks is a reminder of where the stream was piped, from the point it is interrupted by the urban development, till it is daylighted at the edge of the urban grid, joining the Valdebebas stream that gives name to the whole project, and eventually reaching the Jarama river. 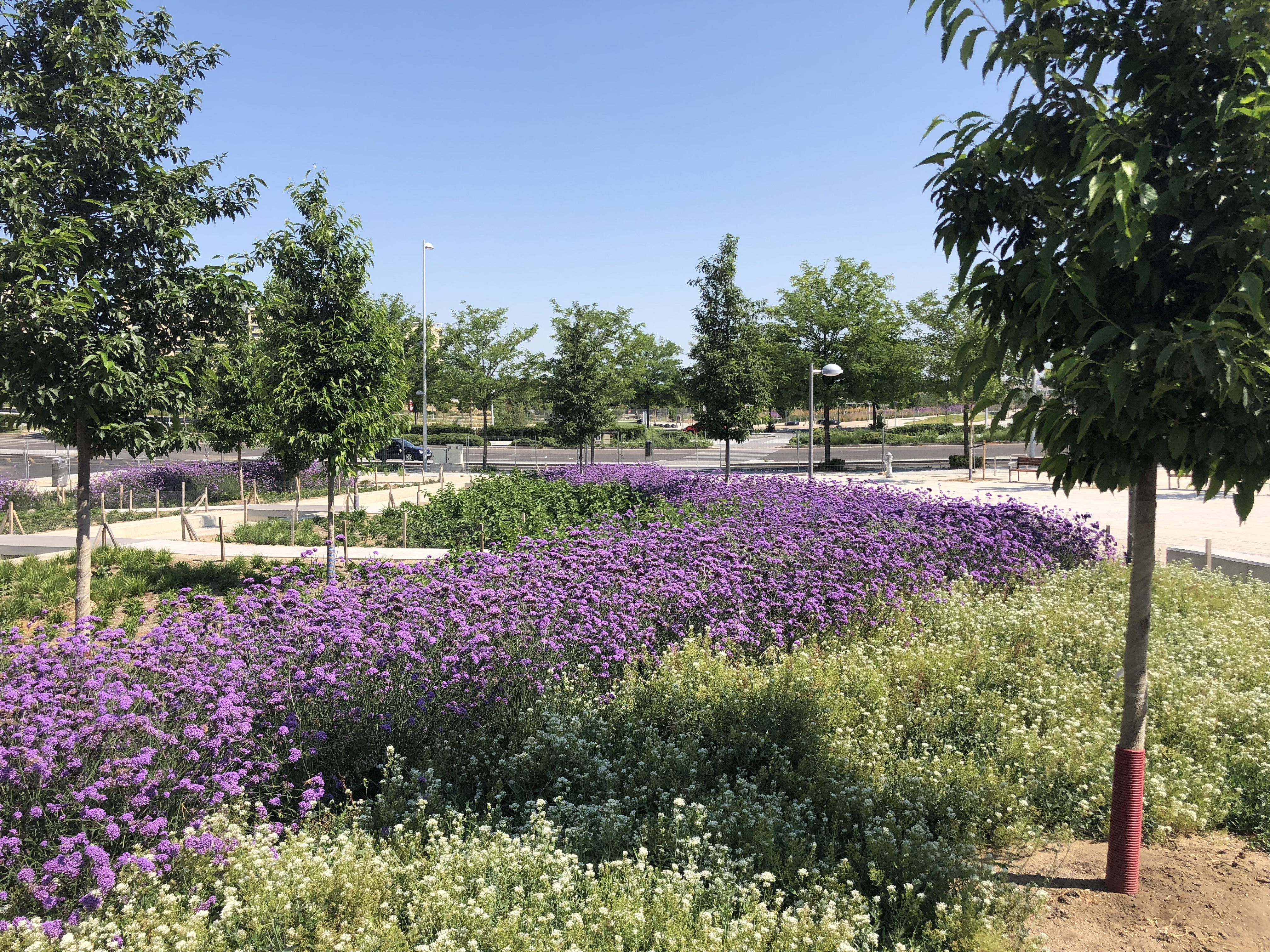 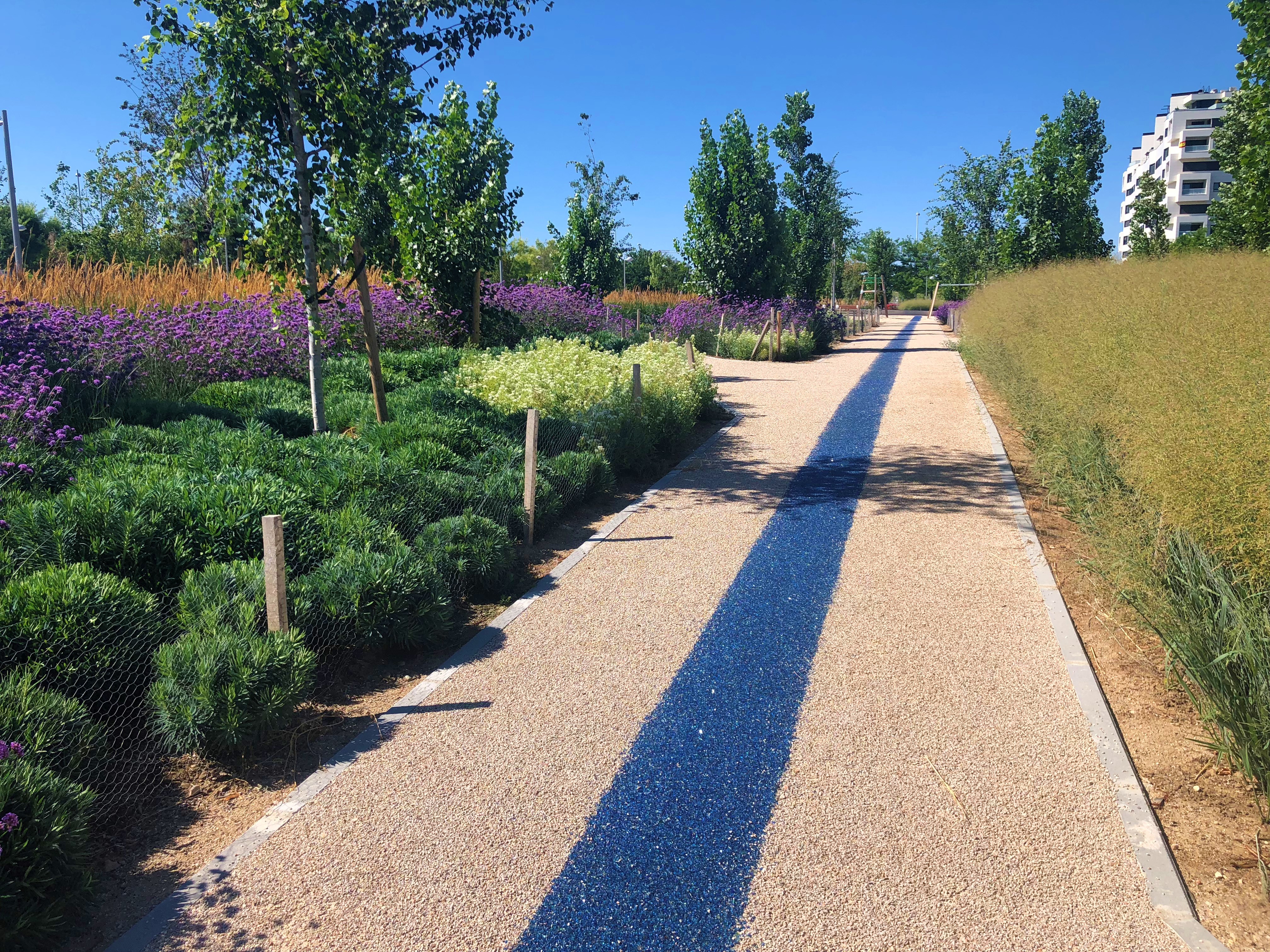 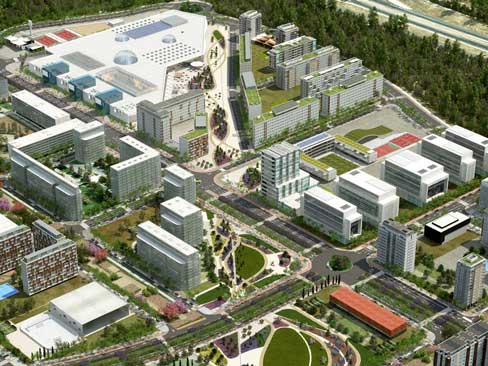 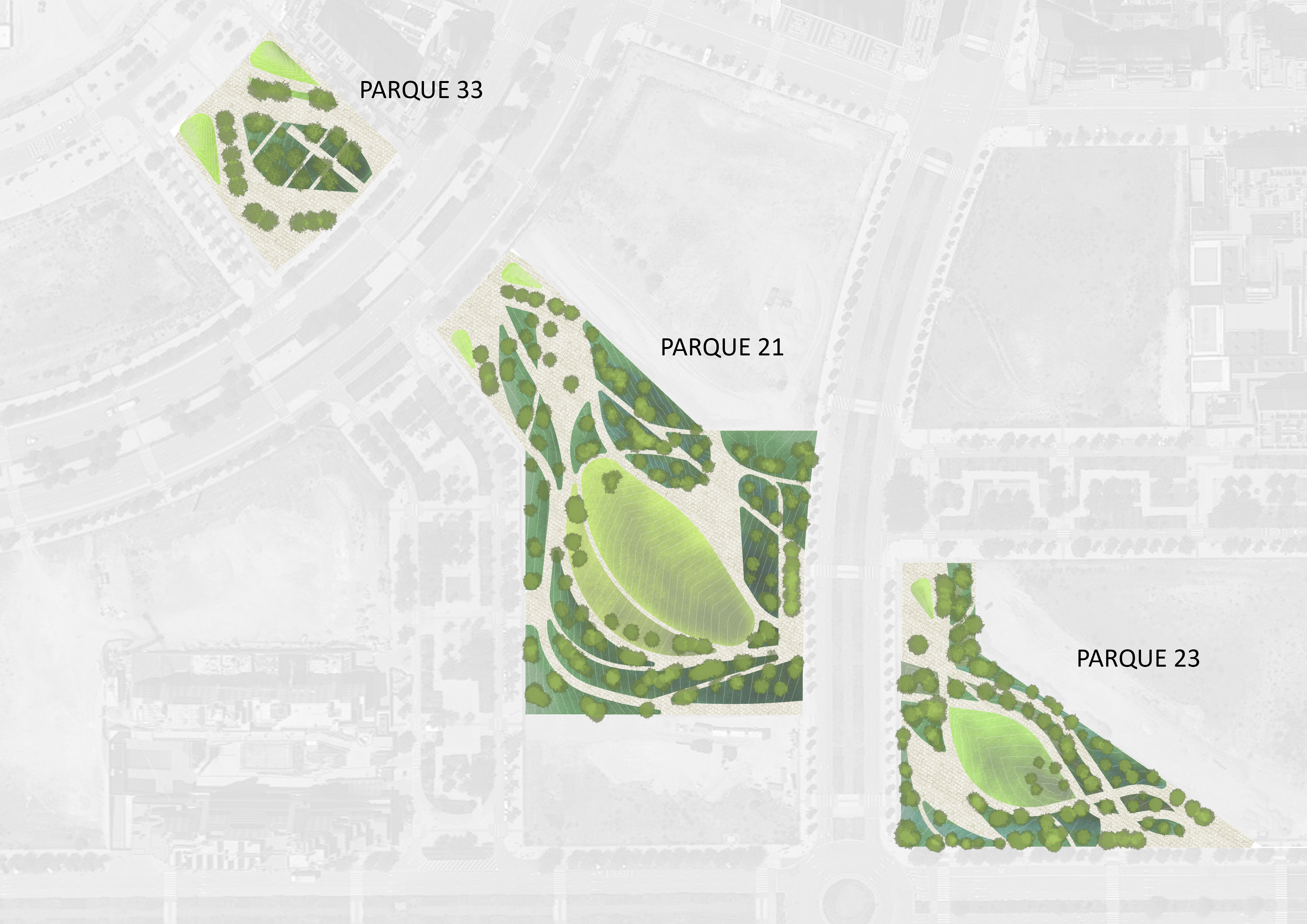