Developer: Board of Property Owners Valdebebas

Linear park system connecting urban areas with the Forestry Park while serving as local neighborhood parks. There is a basic recognizable structure of the landscaped bulevards, with meandering pedestrian paths, a central spine of activities (seating areas, play areas etc.) and shrub barriers separating the activity area from the roads. But each Green Connector develops a different activity program depending on the land use of the adjacent parcels, whith subtlee variations in shrub species and flowering bushes promoting change throughout the year, giving each Green Connector its own character.

Rustic plants have been used in the landscaping, including ornamental grasses that make reference to the pre-existing abandoned agricultural fields and pastures. The project has embraced the criteria for sustainable landscaping promoted in the ordinance for efficient use of water of the Madrid City Hall (2006), with low water use , an almost abscence of water guzzling lawns, as well as a sophisticated ITC icontrol system for the underground drip irrigation adapted to the stringencies in the use of recycled water for irrigation. 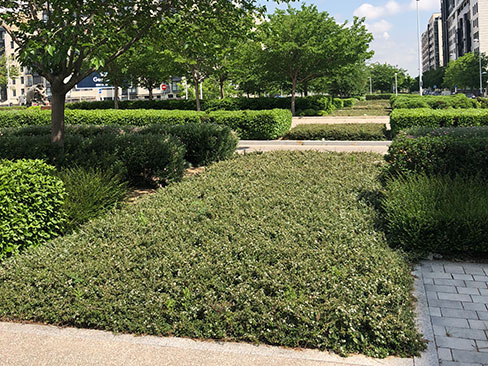 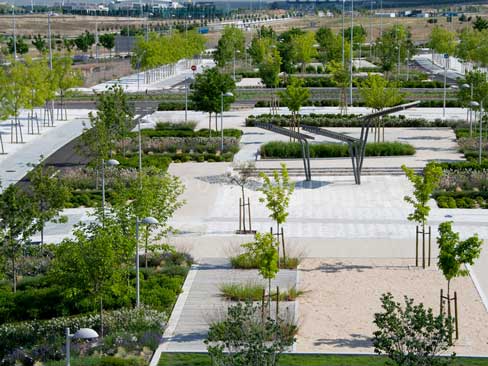 The Green Connector park system was in place before buildings 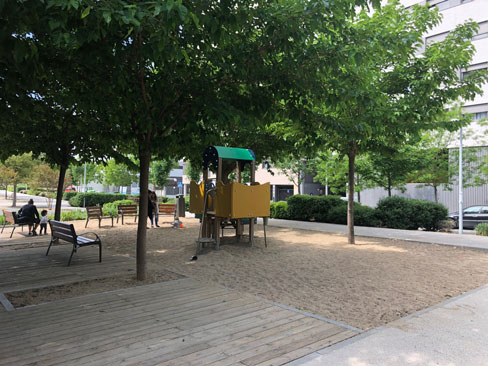 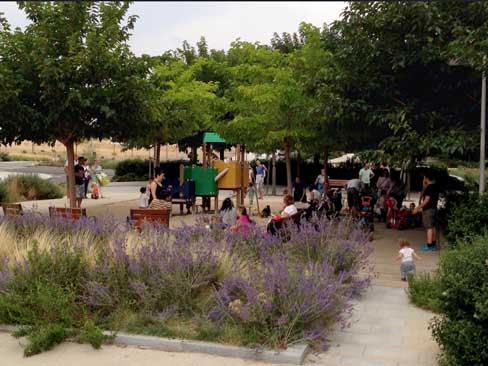 Green areas have attracted families with young children to Valdebebas